India International Film Festival of India (IIFFB) 2018 proudly presents it’s prestigious award to the Veteran Producer, distinguished filmmaker, of Indian film Industry Mr. A. G. Nadiadwala. IIFFB CEO and Director Mrs. Razia Mashkoor was excited to make this announcement that our team and jury  had decided to give this award to Mr. Nadiadwala. She said, “it is absolutely our honor to recognize and appreciate his work.” He has made, more than 80 films, from B & W to Color era. From 1954 to 2016, more then half a century. Some of his films that brought fame, respect and lots of love and appreciation from the audience are; Opera House (B&W), Mahabharat, Patter Ke Sanam, Meri Bhabi, Aik Raaz (B&W), Rampur Ka Luxman, Dil Ki Baat, Izzat, Shaitan, Bundle Baaz, Parvarish, Amarsingh Rathod, Khoon Aur Pani, Jhutha Sach, Muddat, Watan Ke Rakhwale, Sone Pe Suhaga, Ghar Ho Tu Aisa, Pratikaar, Parampara, Lahoo Ke Do Rang, Hera Pheri. 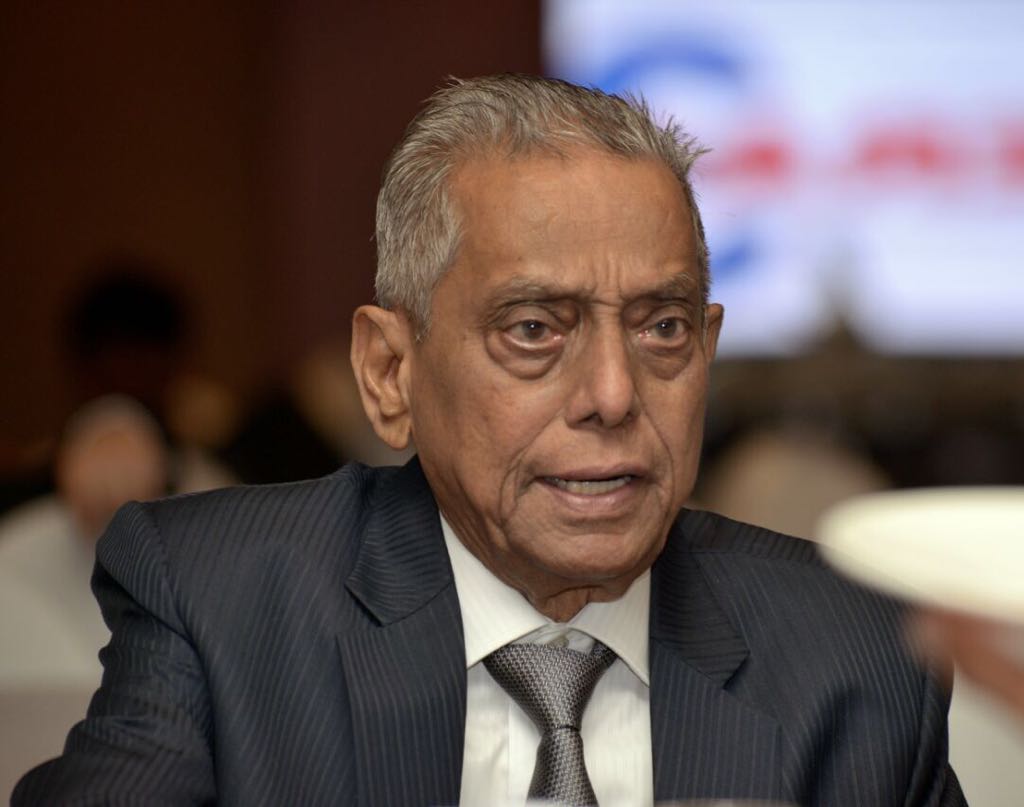 About Mr. A. G. Nadiadwala: Mr. A. G. Nadiadwala is son of Abdul Karim and Fatima Nadiadwala. His wife Munira Nadiadwala passed away in 2016.He has six children. Feroz and Mehnaaz Nadiadwala have followed his footsteps in the film industry.He is a living legend and an encyclopedia of knowledge. He is highly revered and honored for his humility and simplicity .He has produced close to 80 films, starting with Inspector, Mehndi, Chitralekha. The greatest directors and stars have worked with him .His last film was “Welcome Back” starring Akshay Kumar. At present, he’s guided his daughter Dr. Mehnaaz Nadiadwala for the award winning film “It’s a Girl” which she made with the Times of India (key partner) and Sony (dcp sponsor). 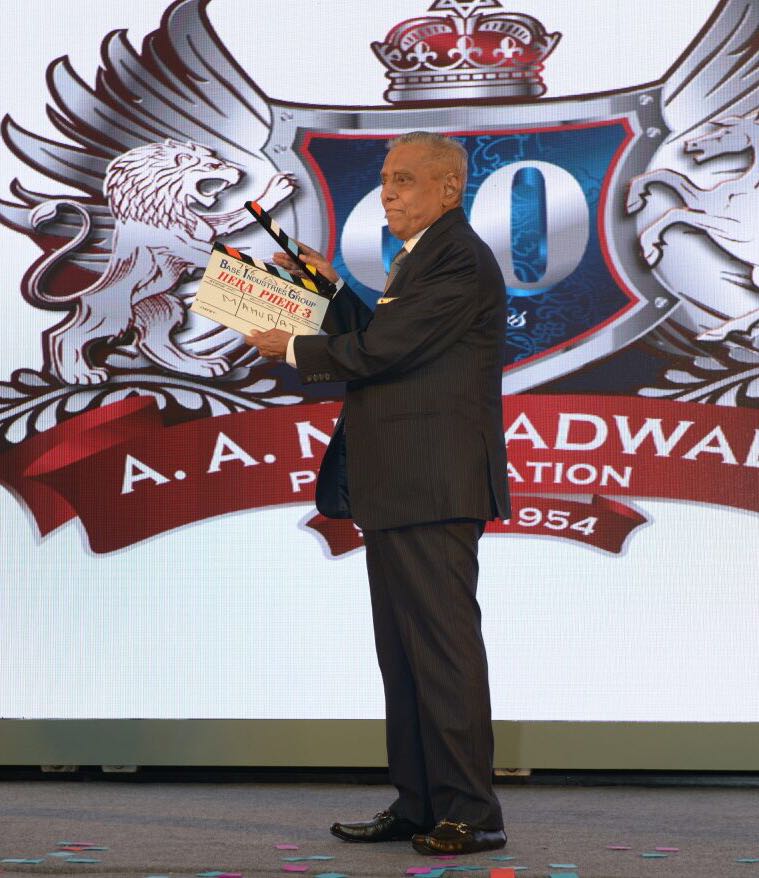 About the Lifetime achievement award: Its a highest honor given by for the career in films & Journalism. The IIFFB Life Time Achievement Award established in 2015. It’s first two awards recipient are from Bollywood and the Journalism. From this year (2018) IIFFB has decided to give it as a single recipient from Indian cinema every year.Award Included: This award includes a Plaque airfare and hospitality of recipient’s stay in Boston during the entire IIFFB film festival.Congratulations Mr. A. G. Nadiadwala from the team of IIFFB2018.Award will be presenting at the Award Gala Night on Oct 7th, 2018 at Marriott in Burlington. For details please visit our event web site home page. 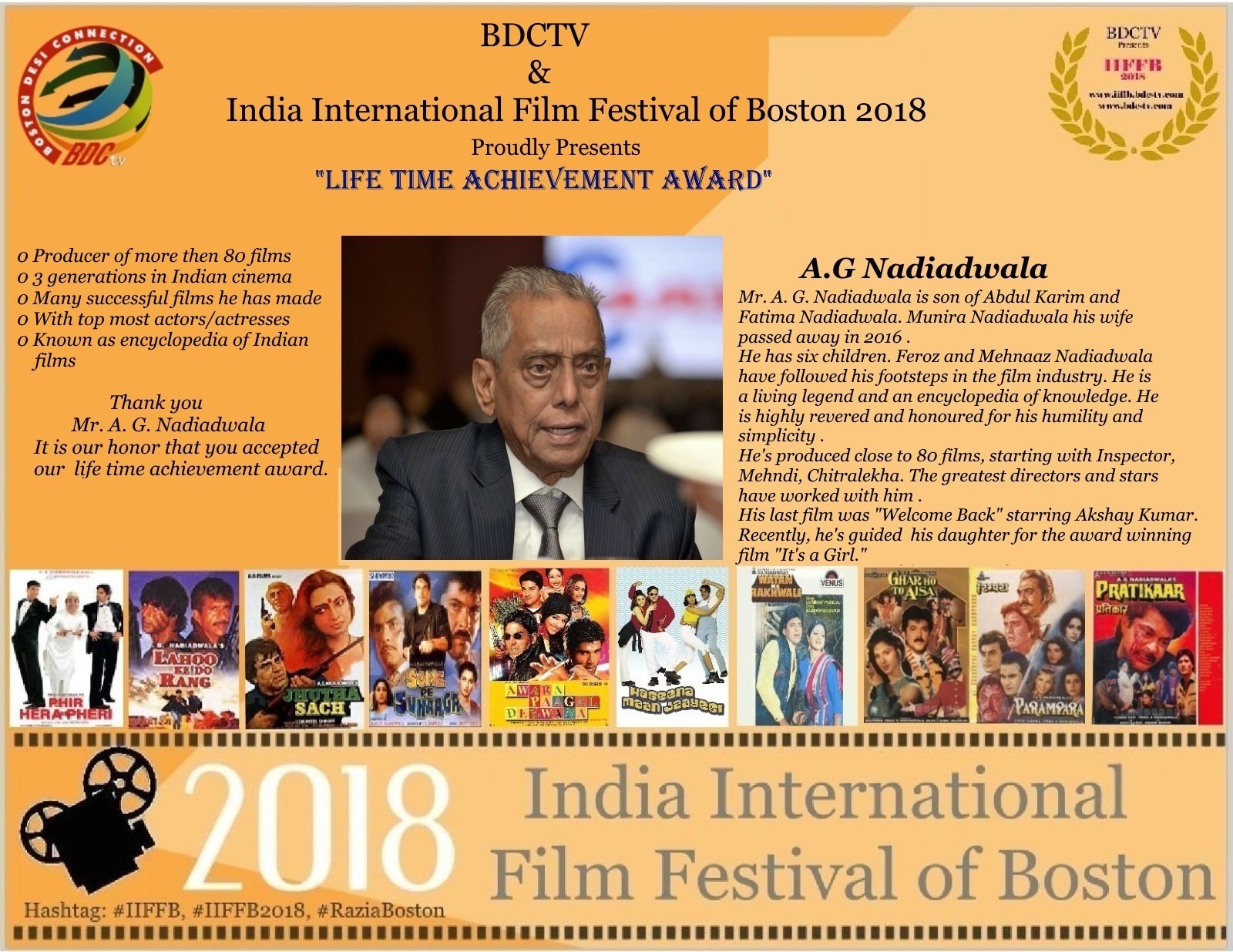