A period drama, the film is based on Ismat Chugtai’s most celebrated story “Lihaaf” (published 1942). The film inter weaves the plot of same sex relationship between Begum and her masseuse and the trial that Ismat underwent after being slapped with a case of obscenity on publishing the story. The film raises themes of homosexuality and freedom of speech that our society is grappling with even today.Produced by producer-director Rahat Kazmi, with Oscar-winning producer Marc Baschet. 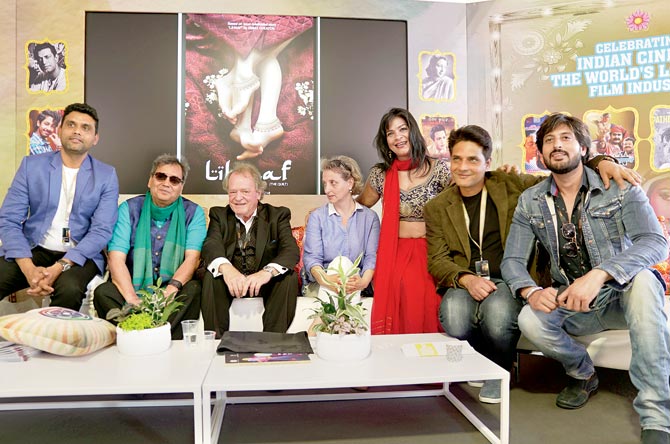 The story is told from the point of view of a small girl who is the niece of the protagonist, Begum Jan. Begum Jan has had a very depressing life after marriage. Her husband, the Nawab, was much older than her and was thought to be extremely respectable for never having had any encounters with prostitutes. But it is soon revealed that it is because his interests lie in the other gender. The lonely Begum starts to wither but is saved by Rabbo, her masseuse. Rabbo is a servant girl who is not so pretty but very deft with her hands. When the narrator is left at Begum Jan’s place by her mother, she realises that despite her past admiration of love for Begum Jan, there lie many secrets with her. At night, the great shadows formed by the quilt of Begum Jan and her odd behavior in the absence of Rabbo bring to light their hidden relationship, traumatising the narrator.
Category: IIFFB 2019By IIFFBJuly 24, 2019Comments Off on Lihaaf: The Quilt
Tags: LihaafThe Quilt