The JFK Library has always been a destination of choice for the Indian American Community. This iconic location will serve to attract a new generation of Indian Americans who then have an opportunity to witness the principles of the “oldest democracy” in the world. The IIFFB screening of “The Last Color” reflects the passion of the human spirit to think beyond the societal barriers and obstacles and find justice from a singular act of courage. 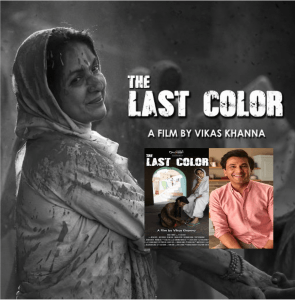 Nine-year-old fearless tightrope walker and flower seller, Choti, savors her dream to save Rs. 300 ($ 4), so she can attend school. The Last Color traces Chhoti and her best friend Chintu’s daily struggles for survival on the streets of the ancient city of Banaras, India.

Chhoti befriends Noor, a white-clad widow who suffers a life of total abstinence and is disallowed from taking part in any festivities, especially Holi, the Indian festival of colors. Over time, Choti and Noor’s friendship and uplifting spiritual bond breaks through the barriers of the caste system. Noor encourages the brave little girl to face life by “flying high” with courage, education, and dignity. She shares her fondest, but closely kept childhood memories of playing with colors. Chhoti promises Noor that, this Holi, she will finally splash Noor with her favorite pink color. But on Holi’s eve, Noor passes away, and during a sweep, Chhoti is imprisoned by the corrupt police, led by the violent and bullying Raja. Will Chhoti be able to keep her promise?

Twenty-four years later, Chhoti becomes an advocate and fights for the societal reforms that will bring about the rehabilitation of both street children and widows. The Last Color is a story of promises kept and promises broken, a friendship that knows no bounds, and the freedom and victory of the human spirit. 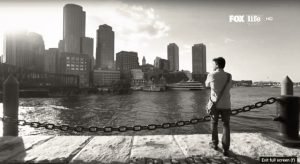 Celebrity Chef Vikas Khanna leads the way to a new culinary world  by exploring the cultural cuisine of New England. Vikas meets local legends and iconic chefs to get a taste of the “land of the free”. His “Twist of Taste” East Coast episodes shows how food can build cultural bridges between New England & India. Vikas has hosted “Master Chef India”, and was a judge for Master Chef Australia.  Vikas has hosted 4 seasons of “Twist of Taste” for Fox Life and featured consultant for Gordon Ramsey, Kitchen Nightmare. Vikas has appeared on Martha Stewart and “Throw down with Bobby Flay.  Vikas has cooked for celebrities all over the world including His Holiness the Dalai Lama , His Holiness Pope Francis, Queen Elizabeth, Mark Zuckerberg, President Obama President Clinton and Prime Minister Modi.  Vikas received a Michelin Star 6 consecutive years for his restaurant Junoon and has published dozens of cookbooks and became the author of his book “The Last Color ” which has now been made into a film receiving acclaimed reviews.