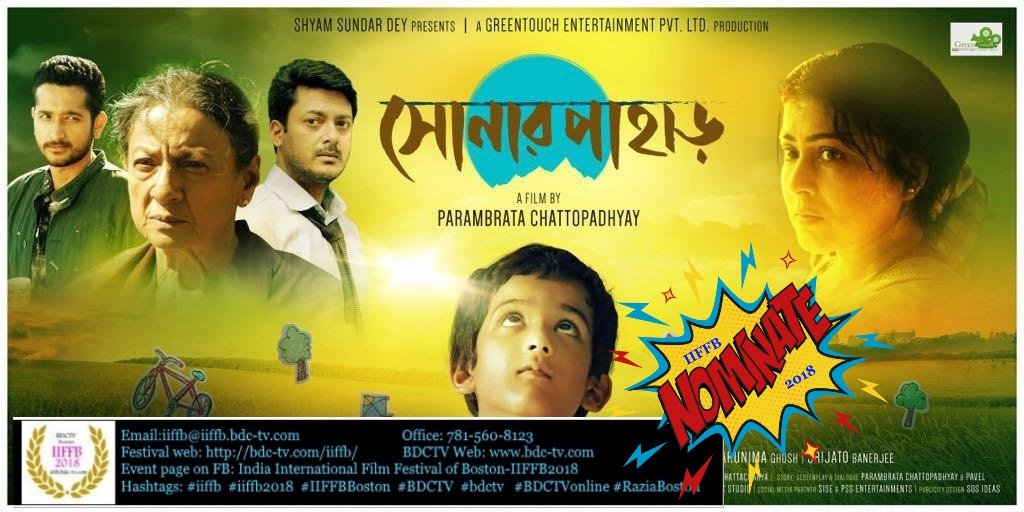 Upama (Tanuja Mukherjee) is a woman in her early seventies, living alone in an old Kolkata house. Her relationship with her only son, Soumyo (Jishuu Sengupta), has become somewhat bitter in recent times. She had single-handedly raised him after her husband’s early demise. Presently, all she has left to live with are memories. A chance meeting with Raajdeep ( Parambrata) , a childhood friend of Soumyo, leads to the arrival of a new guest at Upama’s house; a seven-year-old boy named Bitlu. The orphan, apparently innocent, is a moving menace and runs riot in Upama’s household. But with time, he also starts filling up the emptiness. An unlikely bond develops between Bittu and Upama, and it takes her back to the times when she and her son were friends; comrades in arms. As Upama forges her new friendship, and sets out on a new journey, Soumyo also becomes aware how far he and his mother have moved away from each other.

a. Film Nominated for best film of 2018 in feature film category with

Half Widow by Danish Renzo’s film.