India International Film Festival of Boston (IIFFB) intends to engage in cultural conversations by finding commonality through the film to build lasting relationships, and reflect the growing Indian American community in Boston. With independent films, panels and events to entertain inspire, and challenge audiences on a variety of diverse topics; IIFFB will reflect the unique diversity of India and its diaspora. Boston with its major universities and cultural institutions has always been a city for the film.

The City of Boston and Massachusetts Film Office has encouraged local film festivals to bring the best of International film to represent the growing diversity of Massachusetts. With a vibrant student and professional community, the stage is set for crossover audience participation. The India International Film Festival Boston is committed to building cultural bridges to expand visibility and represent the inherent diversity of India through film. 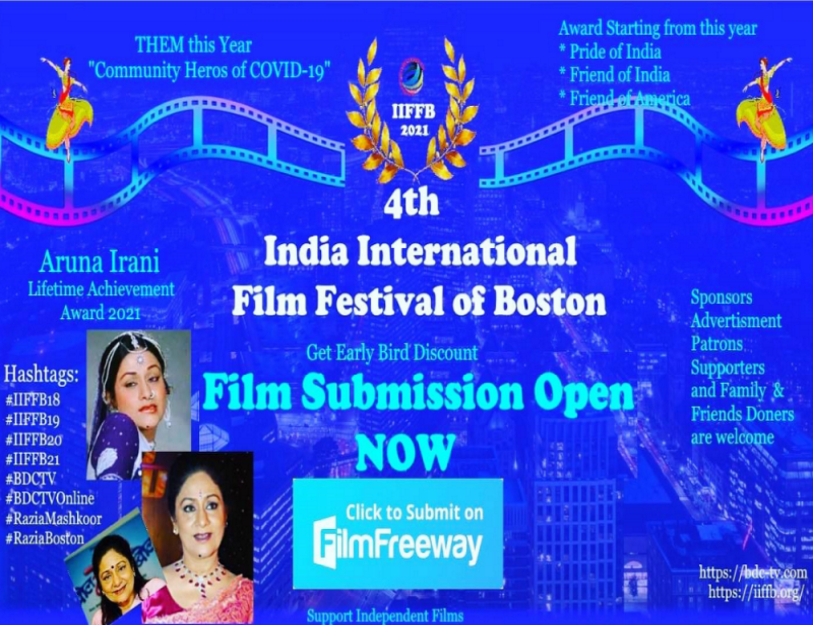